‘NCIS’: What Were Gibbs’ Final Words to Caitlyn Todd?

“NCIS” has had some tragic d*** over the long years, but none are so tra***as Kate Todd‘s. She definitely didn’t deserve to go out the way she did, targeted by Ari Haswari and sh**t in the he***d. She died in the season 2 finale “Twilight,” which kicks off the season 3 “K****l Ari” arc. 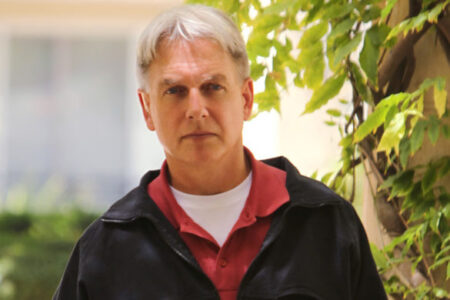 But, we’re wondering – because we like being sad, apparently – before Kate d****, was did Gibbs last say to her?

When the NCIS team is clearing out the terrorist cell, Kate actually takes a bullet for Gibbs. Her Kevlar vest protected her, and Gibbs helps her up, finally praising her for a job well done. Gibbs doesn’t give out praise often, so that was a special moment for Kate. She said, “I thought I’d die before I ever heard a compliment.” Then, Ari shoots from yards away, and kills her instantly.

The fact that Gibbs’ last words to Kate are praise is so heartbreaking, and also so important. Gibbs was already stingy with praise before, but after that he barely complimented his team on a job well done. He had his moments, but he almost had to be forced to do it. Kate’s death changed him; before she d*****, he even smiled more, and was freer with compliments and jokes. It’s almost like he was scared to lose anyone else on his team after Kate, so he didn’t get that close.
‘NCIS’ Fans Discuss Most Shocking Endings

Fans took to a Reddit thread about surprise “NCIS” endings to discuss the most shocking, and the majority of fans said “Twilight.” One fan wrote, “When I tell you I had to put down my phone and go take a walk, I’m serious.”

Another commented on the fact that Sasha Alexander left the show so early. “Episode aside,” they wrote, “having an actor leave a show so early when it was doing so well was completely unexpected. Of course I know and respect her decision, but at the time, major sh*****r.”

“There is no question that it was Twilight,” wrote another “NCIS” fan. “That was the episode that shook us to the core and told us that none of them were really safe and could be taken from us at any time.”

The moment definitely had an affect not only on fans, but on the characters as well. In the following episodes, they each see a vision of Kate. She talks to them about her d****, essentially helping them to come to terms with it. I think they all had a brush with mortality after that moment, realizing that they could be taken out just like that. Kate’s death reminded the team that they weren’t invincible.