‘NCIS: Los Angeles’: What to Know About ‘Where Loyalties Lie’

Alright, y’all. I know that this has been said over and over but NCIS: Los Angeles is back. And returning next week! For real! No more weird breaks. 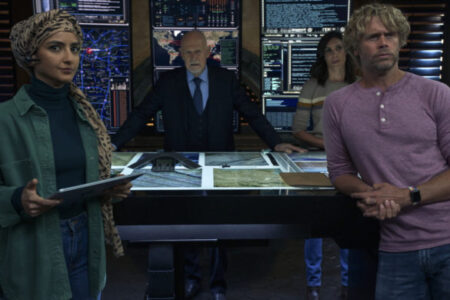 We haven’t seen our LA team in a long time on a consistent basis. Marty Deeks and the crew have been on hiatus throughout February for the Winter Olympics. But before that, production was interrupted due to COVID-19 issues. So, things got pushed back even in January. Now, Where Loyalties Lie is set to hit our screens next Sunday, March 6.

This episode was supposed to come out back in January. In fact, it was supposed to be a double feature along with the last night’s new episode that came out. However, scheduling issues and setbacks have changed things a bit. Fans are so ready for the new NCIS: Los Angeles episode they can’t stand it. While they didn’t get Under the Influence and this episode on the same night, I think it’ll be alright.

Here’s the synopsis for the episode:

“When a civilian scientist working with the marines is k****d, and her advanced radar technology stolen, the NCIS team must scramble to find the missing technology and the culprit.”

This isn’t a story that will be part of the larger season arc. But a one-off story of the week c****e. At any rate, fans will take another new episode instead of a few weeks of hiatus every month. So, this is going to be fun. Finding missing technology can’t be easy, but I bet it is exciting to watch. This could have major consequences if they were to fail to recover the items.

NCIS: Los Angeles has always had stories that involve a national or global scale of importance. Things like large weapons and t*****s are usually on their agenda.
‘NCIS: Los Angeles’ Has Kilbride in Tough Position

With Hetty out on another secret mission that she may or may not be authorized to do, Admiral Kilbride has an increased leadership role. The Gerald McRaney character is gruff and rough around the edges. However, he cares about the well-being of his NCIS: Los Angeles team. And serving his country.

Last night, in the first new episode in seven weeks, fans saw that Kilbride was not in a comfortable position. He was looking into a case about a social media influencer. It just wasn’t something he understood. I doubt the Admiral has an Instagram. Maybe he has a Facebook he made in 2011 and forgot the password? Point is, he isn’t the most likely to bust a case like this.

NCIS: Los Angeles is back next week with a new episode. Things are going to be more normal hopefully as far as scheduling goes. This season will hopefully pick up on the overall season arc a bit as well. So, stay tuned!