Jimmy Palmer is a popular character but Brian Dietzen had no idea just how important his role would become when he first stepped onto the set in 2004.

NCIS actor Brian Dietzen has come a long way since his first appearance as Jimmy Palmer, starting out as a one-day guest star to writing for the show. Jimmy is a popular member of the NCIS team, but Dietzen had no idea how important his role on the CBS show would become when he first stepped onto the set in 2004. The 44-year-old first appeared in season 1, episode 21, “Split Decision” as the assistant medical examiner to Dr. Donald ”Ducky” Mallard (David McCallum).

Dietzen’s portrayal of the amiable, Leroy Jethro Gibbs-fearing “autopsy gremlin” warmed the hearts of viewers from the start. Jimmy was the perfect yin to Ducky’s yang—the pair worked extremely well together and became firm friends. Viewers have seen many important characters leave NCIS, such as Lauren Holly’s Jennifer Shepard, but Jimmy Palmer is likely going nowhere. After his first appearance, Jimmy’s role became recurring and his lines often served up a little humor around the death and drama. But as time went on the character became more than just comic relief—by NCIS season 6 he was added to the “also starring” program credits, before being added as a main cast member in season 10. In 2019, when Ducky became NCIS historian, Jimmy was perfectly equipped to deal with the responsibility of being the team’s medical examiner.
Surprisingly, none of this had been intended to happen at the start. As Dietzen explained during an interview, he was only meant to be on the NCIS set for just one day—a temporary replacement for Gerald Jackson (Pancho Demmings). Jackson was recovering from being shot in the shoulder by rogue Mossad agent Ari Haswari (Rudolf Martin), who was also responsible for Caitlin Todd’s sho***k d*-*th in season 2. Dietzen said: “I was a one-day guest star. But what’s funny is that because it was just a one-day job, I decided to make some really bold choices when I auditioned.” (via Paul Semel). Those bold choices paid off—18 years later, Diezen flexed his writing muscles for the recently aired season 19 episode “The Helpers,” which saw the return of Dr. Carol Wilson (Meredith Eaton), and the first appearance of his daughter Victoria (Elle Graper). 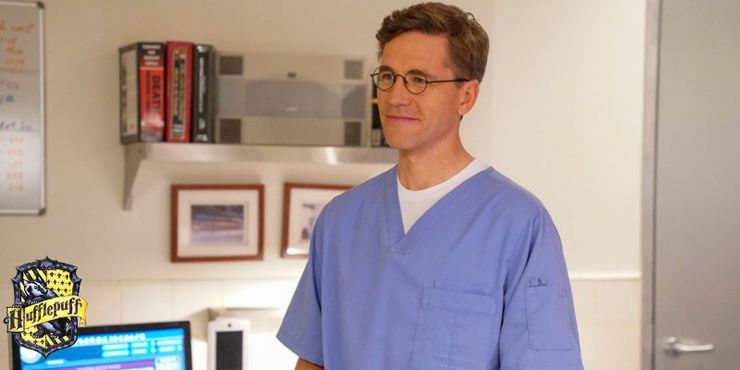 Jimmy is different from the other danger-loving NCIS field agents and has perhaps seen the most in terms of character development. Dietzen added that had known what his character was to become, he might not have gotten the part. He said: “Had it been for a starring role, I would’ve had to test for the network, and if I had done that, I probably would’ve made different choices. I probably wouldn’t have gotten the job.” Additionally, Jimmy is one of the few characters still on the show since season 1, along with Ducky and Timothy McGee (Sean Murray). Even NCIS stalwart Gibbs (Mark Harmon) recently exited the show.

Much of Jimmy’s development has come through his relationship with people he loves—his NCIS team, his wife, Breena (Michelle Pierce) and his daughter. Jimmy has been injected with depth over the years, evident in NCIS season 17, episode 13, “Sound Off,” when work stress affects his relationship, and his chat with Gibbs about his and his wife’s adoption falling through. Then in season 18, episode 7, “The First Day,” Jimmy heartbreakingly reveals to viewers that Breena had died of Covid-19.

Despite working on so many NCIS autopsy dead bodies, his character has remained optimistic and is the definition of a slow burner that has flourished into an integral part of the NCIS narrative. His sensitivity could perhaps be misinterpreted as weakness, but in the rare moments that Jimmy takes a starring role, he shows as much strength as the rest of the team, despite being terrified. Dietzen’s shift towards writing was anything but smooth: he suffered a stroke just before the pandemic. Worrying he might not be able to act again, “The Helpers”—which explored Palmer’s relationship with Victoria as he contemplates death following exposure to a deadly toxin—was born. Thankfully Dietzen recovered, and there is perhaps nothing more “Jimmy Palmer” than turning such horror into a positive outcome.