It’s a family affair on NCIS for Sean Murray (who plays Special Agent Timothy McGee) with the May 2 episode, and as you can see in the photos (above and below), he’s very much a proud father.

Murray’s daughter, Cay Ryan Murray, guest stars in “The Brat Pack” as Teagan Fields, who’s part of a ring of teen partygoers the team investigates after a string of break-ins at Marine Base Quantico. While working the case, McGee forms a bond with Teagan, and it looks like a series of events will bring her into the bullpen at some point.

How might that time with Teagan affect McGee? Will this be a cautionary tale for him with his own kids? Series star Wilmer Valderrama (who plays Special Agent Nick Torres) did tell TV Insider that as the season heads towards its Season 19 finale — airing on May 23 — “we’re going to bring a very inside look to where [the characters] are and what tolls they’ve [endured].” This episode could mean that for McGee.

Scroll down for a look at Sean Murray with his daughter, both in-character and behind the scenes, as well as the team’s investigation. Will this interrogation yield any results? Where are McGee and Teagan going? Look at those smiles! 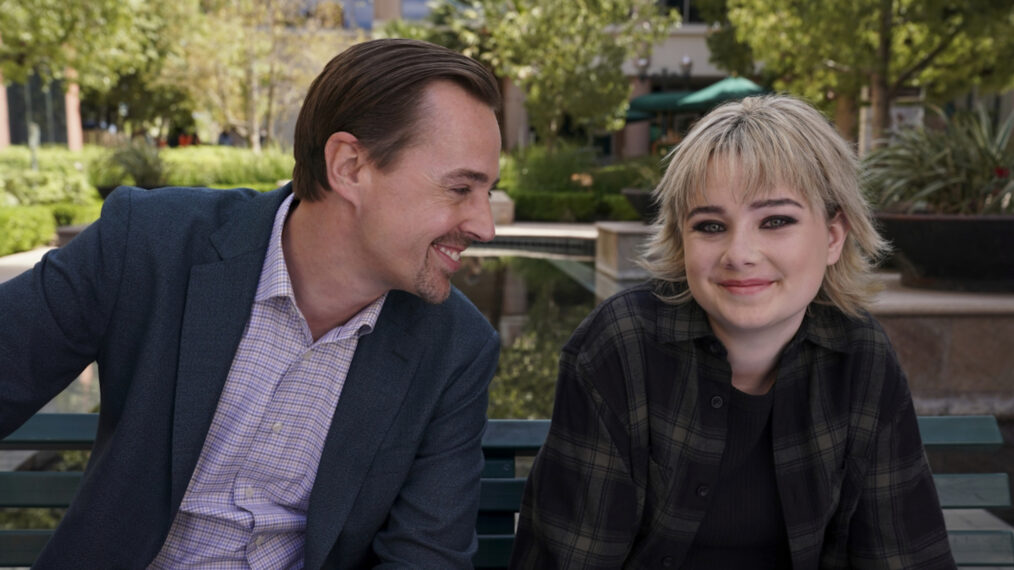