With the 12th season of Blue Bloods now done and dusted, Tom Selleck and the rest of the CBS series’ cast and crew will soon be readying themselves to return to film the 13th run. And while the Reagan family have endeared themselves to fans for over a decade, a recent interview with Kelly Clarkson on her self-titled NBC show proves the stars’ bond is just as strong off-camera.

“The characters on your show, they do family dinners all the time,” Kelly said to Tom after welcoming him onto her show last week.

She added: “So do y’all do cast dinners because you’re around each other a lot?”

“We do real dinners for about eight hours, the food gets a little cold,” Tom joked, referring to the drama’s famous dinner scenes.

The audience let out a giggle before Tom delved into the details. 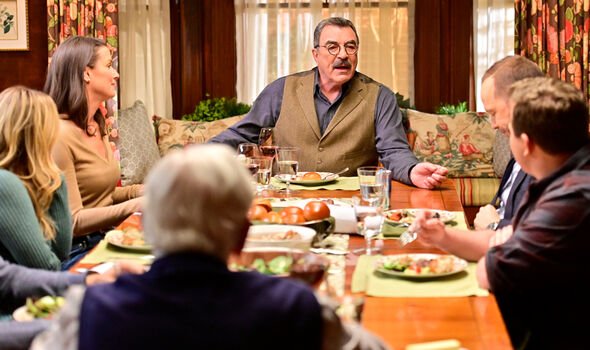 The Frank Reagan star continued: “You know in film work, you kind of repeat what you do as the camera moves around.

“But that’s fine,” he added before paying tribute to his fellow co-stars.

Tom remarked: “Listen, I love our cast, we have a family of actors as well as a family of characters and we all catch up – Donnie and Bridget and Lynn and everybody. 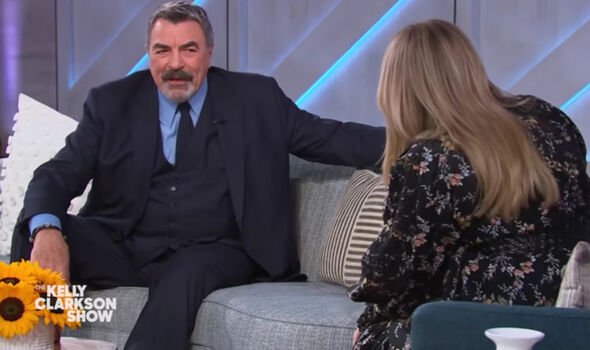 “So about every eight days, we see each other and we have a good time and it shows I think.”

Kelly agreed, excitedly replying: “I think it does too, the chemistry and everything.

“But it’s funny, sometimes I’ll see my work family more than I see my real family sometimes because you know, you’re working a lot.”

The conversation then turned to the fact Blue Bloods recently celebrated its 250th episode on the air.

“How does that feel?” Kelly asked as the audience applauded the remarkable milestone.

“Well, I don’t know where the time went,” Tom replied before touching on his personal experience working on another long-running show.

He commented: “Yeah, we did 163 hours of Magnum and I thought, ‘Wow, okay, you can’t get that lucky twice’.

“It was a really lovely little celebration,” he said of Blue Bloods’ feat as Kelly echoed: “It was a blessing!”

“Well, yeah,” Tom answered before quipping: “I’ve got a mortgage so… I love what I do and I wanna keep doing it and… so far so good.”

Tom also opened up about the “hardest thing” to do as an actor after such a long and decorated career.

“The hardest thing is to guest on a show,” the Blue Bloods star admitted.

“It’s like when I did Friends, they were up to speed. They read the script,” Tom continued before Kelly interrupted: “You were amazing in Friends!”