Love is in the air for the 13th season finale of NCIS: Los Angeles, and EW has an exclusive look.

In “Come Together,” the team’s on the hunt for a heavily armed crew that robbed an L.A. casino. But that doesn’t stop G. Callen (Chris O’Donnell) from taking the time to pop the question to girlfriend Anna Kolcheck (Bar Paly).

Check out the exclusive pics: 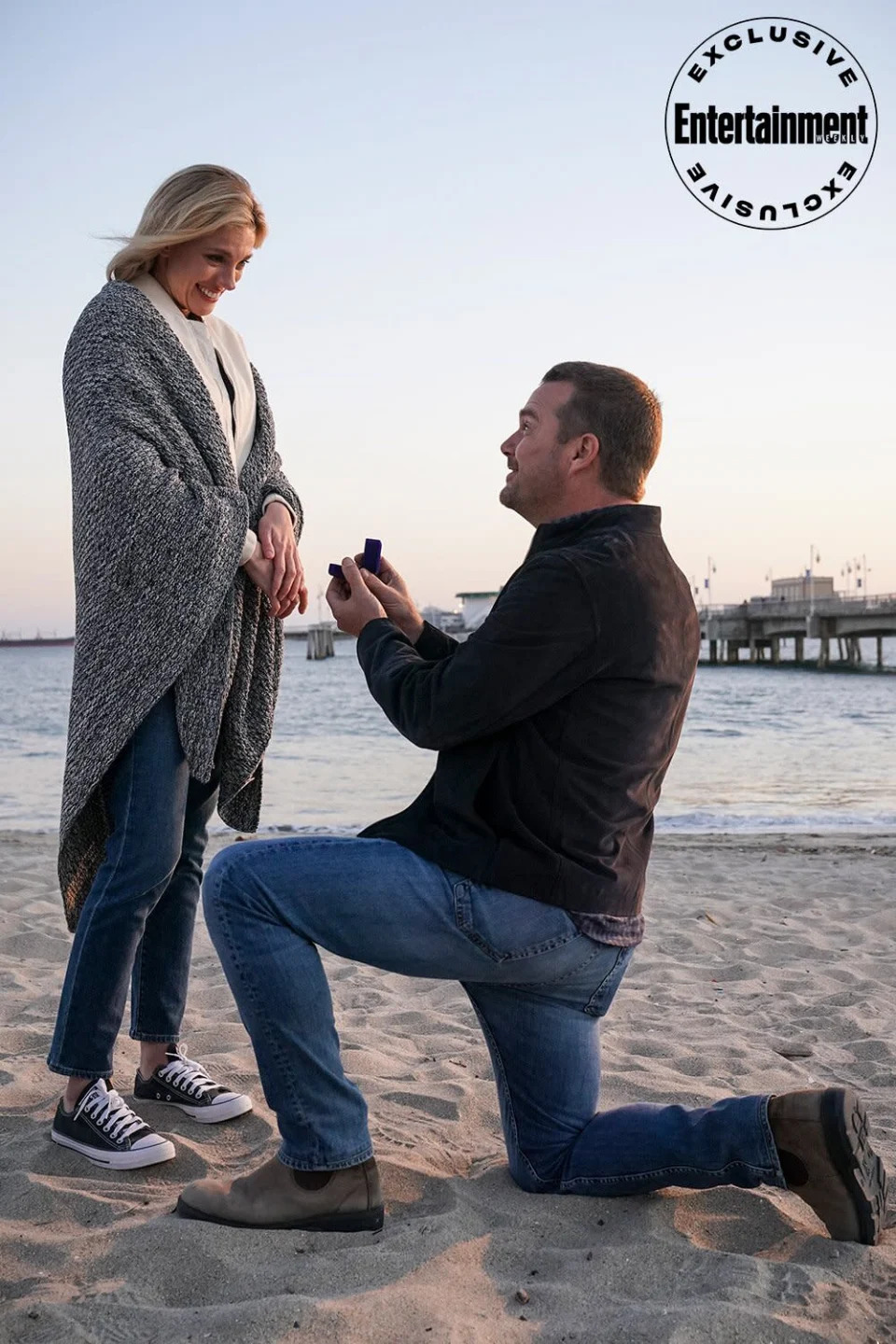 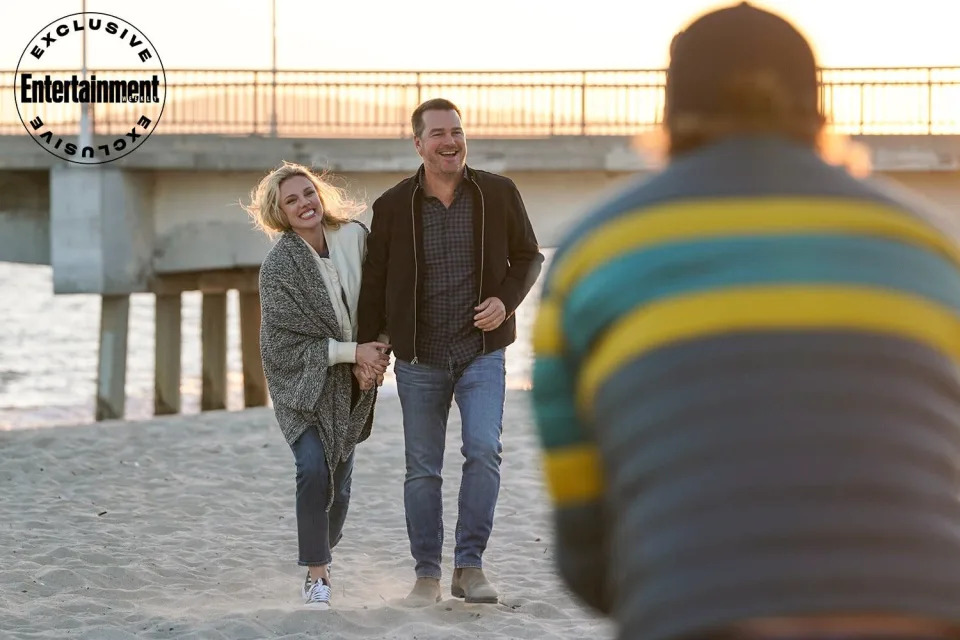 The casually dressed couple could be any lovebirds on the beach in these photos, but Callanna have endured ups and downs for years. They first met when Callen rescued Anna from a kidnapping in season 6, and their time together included an undercover mission that required them to pose as a couple in season 7 and in an ATF investigation in season 9 that ended with Anna sentenced to seven years in prison.

But it takes more than four heavily fortified walls to keep Arkady’s daughter contained. She escaped from prison to try to save Callen’s father, then traveled to Cuba, where she remained to avoid being sent back to lock-up.

Anna has been absent for much of the current season, leaving Callen to explore his newly discovered history of childhood spy training — a history he shares with the Russian-educated Anna. His quest for information has been hampered by the absence of Hetty (Linda Hunt), who oversaw the orphan training program.

In addition to the romantic advancements for the happy couple, Sunday’s season finale will feature some positive adoption news for Kensi (Daniela Ruah) and Deeks (Eric Christian Olsen).

NCIS: Los Angeles’ final episode of the season airs Sunday, May 22, at 9 ET/8 CT on CBS. It will also be available to stream live and on demand on Paramount+.