Sean Murray REVEALS That Mark Harmon MAY Come Back To NCIS..

Sean Murray REVEALS That Mark Harmon MAY Come Back To NCIS.. 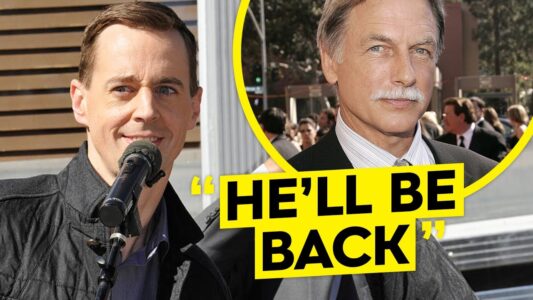 Welcome back to Film Recall, today on the channel we are going to discuss, Could Mark Harmon Still Return To NCIS As Gibbs? Here’s What Sean Murray Says. Season 19 of NCIS has been without longtime cast member Mark Harmon for the majority of the season. Over the last few years, rumors were swirling that the actor would be leaving the CBS procedural and, ultimately, the beginning of the season saw his character, Gibbs, get sent on a big (and long) mission. But could he still come back in some way? Well, Sean Murray is opening up about whether we’ve seen the last of Gibbs.

Sean Murray, who portrays Special Agent Timothy McGee, discussed Mark Harmon’s absence with Parade Magazine. He opened up about the fact that while Gibbs hasn’t been seen on NCIS since initially leaving, nor does he know if and when he’ll return, Harmon is still a fixture on the production floor. With this, Murray is holding out hope that the fan-favorite character will return: “He does pop in. I saw him two weeks ago actually. So, he’s around. It’s not like he’s packed up and left town or anything. I’m not saying this just to say it for a tease and all that BS, I really, truly believe that the Gibbs could pop up somewhere. I really believe that there’s a possibility of that happening.” It’s nice knowing that even though he doesn’t appear on the series much anymore, the 70-year-old actor is still very much part of it behind the scenes. Hopefully, with him still coming around every so often, he’ll think about returning, even if it’s just an episode or two. I’d love to know what Gibbs’ mission was and how it could change him as a character.