Fans may best recognize Pauley Perrette as eccentric goth genius Abby Scuito on NCIS, but these days she’s looking much different. Three years after leaving the hit police procedural, the actress has ditched her iconic black hair for a much more colorful look, Perrette now rocking a new rainbow ‘do. 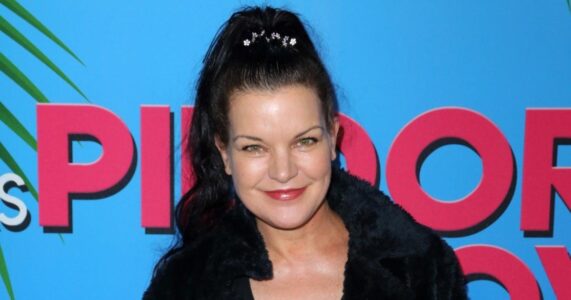 The 52-year-old actress’ new color has been on display in her recent social media posts. She was seen rocking the vibrant colors in a June 21 Twitter photo showing her alongside her former NCIS co-star Brian Dietzen, who stars in the series as Dr. Jimmy Palmer. In the image, Perrette also held her rescue dog Rosie. Although Perrette’s hair was pulled back into a bun, shades of yellow and pink were still visible. Perrette also rocked the new look in a June 1 post in which she voiced her support for Britney Griner, the WNBA star who has been detained in Russia since Feb. 17 after authorities discovered vape cartridges containing a cannabis derivative.

Perrette first debuted the new hair color in November of last year. Sharing a collection of four photos showing off the new look, the actress wrote, “I’m a rainbow!!!” She also revealed in the hashtags that the dye job was a “DIY” effort. Fans certainly seemed to love the new look, with comments immediately pouring in dubbing the style “gorgeous” and “beautiful” and one person even writing, “What a beautiful color spectrum!”

The colorful style marked a stark contrast to the look Perrette donned for years as she portrayed Abby Scuito, the Chief Forensic Scientist for the NCIS Major Case Response Team. With her trademark goth look and her keen ability to help the Naval Criminal Investigative Service crack cases, Perrette’s Abby quickly became a fan favorite. However, after 16 years, 15 seasons, and more than 350 episodes, Perrette departed the series in May 2018.

Since her NCIS exit, Perrette has taken a break from acting. After her CBS sitcom Broke was canceled after just a single season, the actress announced in October 2020, “I’m finally (after over 4 decades!!!) not under contract to a studio or a record company or a modeling agency and can do WHATEVER I WANT!” In a follow-up tweet, she confirmed, “I finally and happily retired!” In an April update, the actress said she was just here on earth studying this [Bizarre Human Experiment] and WOW! The entertainment industry is CRAZY CRAZY CRAZY! Love y’all!!!”