‘NCIS’ Alum Duane Henry Addressed His Exit From the Show: ‘Couldn’t Have Done it Any Better’ 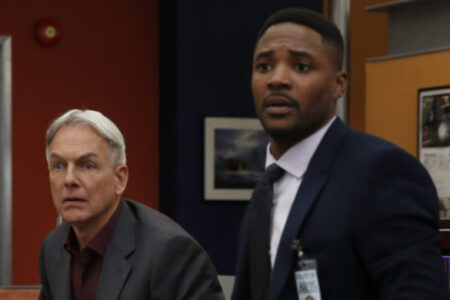 Reeves was a British agent that made a guest appearance before being bumped up to a series regular. He was then recruited as the NCIS Liaison Officer for their global desk.

Despite the fact that audiences took some time to warm up to him, Reeves quickly became a fan favorite for his charisma and amazing expertise. NCIS fans, however, were forced to bid farewell to the character after two full seasons when he d**d in a tear-jerking episode. Warning, there are some upcoming spoilers for context.

It was during the season 15 episode titled “Two Steps Back.” In the episode, Reeves went out to dinner with Abby Sciuto, played by Pauley Perrette. Towards the climax of the story, a mugger confronted the couple. He pulled out a firearm and demanded the couple’s valuables. Abby, ever the peacemaker, tried to calm the mugger down. However, he grew more aggressive, discharging his weapon. At this point, Agent Reeves heroically tried to wrestle the gun away from the mugger. He was fatally shot during the struggle, shocking fans of NCIS.
‘NCIS’ star feels he went out the best way possible

Though fans were distraught with the events, Duane Henry was pleased with his exit from NCIS. “I couldn’t have asked for a better exit,” Henry told Parade. “As I say all the time, if someone would have asked, ‘How would you have wanted to leave a show?’ I couldn’t have done it any better because I love [Perrette] so much, she did so much for me. And I still speak to her, we check up on each other.”

The actor also reveals that the character’s d***h wasn’t planned out far in advance as some fans had speculated. “No, it wasn’t initially thought about at the start. But, obviously, with [NCIS showrunner] Gary Glasberg’s death, rest in peace, he was the creative controller of that character. It was his character. He passed away straight after I got the part,” the actor said. “So, a lot of the ideas for my character died with him. It was very tough [for the other writers] to hustle around and build up scenarios and scenes for this character because it was all in Gary’s head, and it was early on and no one expected that.”
Duane Henry’s latest Holiday themed project

It may seem unlikely, but Duane Henry jumped straight from NCIS to a holiday Hallmark movie. Mistletoe in Montana was a romantic comedy co-starring Melissa Joan Hart. Henry was a long time fan of Hart and jumped at the chance. “I couldn’t wait to get home and watch,” Henry said. “Nickelodeon used to come on with Are You Afraid of the Dark?, The Secret World of Alex Mack, Rugrats and Clarissa followed. And Sabrina the Teenage Witch was something I would watch religiously with my little sister. So, Melissa’s a part of my Rolodex when I think back on my childhood and my happy memories.”