NCIS confirmed for fans on Thursday via a new Instagram post that filming is officially a go for season 20. Now, in celebration of that, longtime star Brian Dietzen shared a new photo from behind the scenes of NCIS. 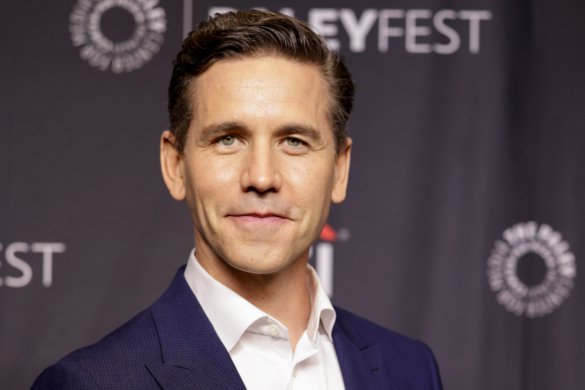 In it, he welcomed back his beloved character, medical examiner Jimmy Palmer. Check it out.


With a photo of Jimmy’s iconic round glasses backed by the actor’s own set chair, Dietzen wrote, “Hello again Jimmy. These are going on my face now. Let’s do this.”

The post saw hundreds of likes from fans just in its first few minutes. One NCIS fan wrote in the comments, “go and shine Brian!” while another said, “Welcome back to Jimmy Palmer.”

Season 20 of NCIS premieres on TV this fall, heading back to CBS on Monday, September 19th. The beloved drama’s premiere is prefaced by its rookie spinoff, NCIS: Hawai’i which is set to air at 8 p.m. Then, later this fall, NCIS‘s first spinoff series, NCIS: Los Angeles, will premiere its 14th season on Sunday, October 9th.
Will ‘NCIS’ Star Wilmer Valderrama Feature In Another Crossover?

During the season 19 finale of NCIS, much of our focus was centered on the team’s special agent in charge, Alden Parker. Across the final episodes of the season, Parker became framed for murder with his team investigating, before going on the run with his ex-wife and FBI agent Vivian Kolchak. However, now, while we wait to see what lies ahead for Parker, we’re turning our attention to another major NCIS character. And, potentially, another NCIS/NCIS: Hawai’i crossover.

Despite NCIS: Hawai’i‘s rookie status, the brand new spinoff already joined up with the flagship series’ cast for a dynamic crossover event toward the end of its first season. There, we learned the Pearl-based team’s special agent in charge, Jane Tennant, had a close personal history with the DC-based team’s Nick Torres. As we saw in that dynamic episode, the two originally met while on assignment together in Orlando.

Now, it seems possible (or maybe we’re just hoping) that a cryptic post from Tennant’s actress Vanessa Lachey means the two shows will come together once more.

“Season 2 [of NCIS: Hawai’i] starts filming TODAY!!!” Lachey announced on Instagram earlier this month. “Who’s ready!?!” She then concluded the caption writing, “We are starting out with a bang (hint hint: #TNT).”

Some NCIS fans think the actress could be referring to the spinoff series’ recurring character “Boom Boom.” Others, on the other hand, think the TNT refers to two separate characters: Tennant and Torres. In speaking about the two characters ahead of NCIS and NCIS: Hawai’i‘s first crossover, Torres actor Wilmer Valderrama said, “You’re going to really like how good they are at doing the job together.”

Given the massively positive response the first crossover saw earlier last season, we’re hoping season 20 of NCIS treats us to another dynamite event.