NCIS fans were thrilled recently when it was confirmed that the hugely popular CBS series will be returning for a 20th season.

While the show’s longevity is certainly impressive, it also means that it has lost several cast members over the years. But have you ever wondered why they left and where they are now? From Michael Weatherly and Cote de Pablo to Pauley Perrette and Mark Harmon, find out what the actors who have left the hit CBS series are up to now…
Michael Weatherly

After 13 seasons as special agent Anthony DiNozzo, Michael Weatherly made the decision to move on from the show and look for roles elsewhere – and it didn’t take him long. In 2016, just months after his character handed in his resignation, Michael made his debut on CBS’s Bull, which is loosely based on the early career of TV’s Dr Phil. Half a decade later, the show is still going strong and is about to wrap up its fifth season.

MORE: The best NCIS celebrity guest stars of all time

MORE: Did you know NCIS’ Michael Weatherly is related to this Virgin River star?
Pauley Perrette

Pauley Perrette’s exit in 2018 came as a bit of a shock to fans. On the show, her character Abby Sciuto resigned after an assassination attempt, but according to multiple reports, Pauley left after a falling out with the series lead Mark Harmon. The two had a number of clashes behind-the-scenes after Mark brought his dog to set, where it bit a crewmember leaving him needing 15 stitches. While Pauley went on to land a lead role on the 2020 sitcom Broke, the show was cancelled less than a year later, and she announced that she was officially retiring from acting.
Cote de Pablo

Viewers were led to believe that Cote de Pablo’s character Ziva David d***d at the end of season 11, but she made a shock return in season 16 when it was revealed she had faked her d****h. Away from the series, Cote has held roles in the films The 33 and The Last Rites of Ransom Pride and the CBS miniseries The Dovekeepers. More recently, she stepped behind the camera to work as a producer on 2019’s MIA.

Jennifer Esposito’s time on the show was short but sweet. She joined in 2016 for a one-season arc as Alex Quinn before bowing out of the show in the finale. Since then, she’s gone on to land roles in Law and Order: SVU, Amazon’s The Boys and comedy series Awkwafina Is Nora from Queens. Brit actor Duane Henry first appeared as MI6 agent Henry Reeves in season 13 of NCIS and returned as a main cast member for season 14 but was written out just a year later. According to sources, the writers’ room didn’t know what to do with his character after the showrunner who created him passed away, so they chose to k**l him off. There were no hard feelings, with Duane telling TV Line that he felt he had “the best exit”. He made his final appearance on the show in 2018 and, just a year later in 2019, he landed himself a role in the blockbuster superhero flick Captain Marvel.
Maria Bello

Jacqueline Sloane became the latest major character to leave the series after it was revealed midway through season 18 that she would be relocating to Afghanistan. While actress Maria Bello has not spoken publicly about her exit, she reportedly only ever signed on to star in three seasons of the show and never planned to stick around. According to IMDb, Maria already has a new project in the pipeline; she’s set to write and produce a new movie about an all-female military unit called The Woman King.
Emily Wickersham

Emily Wickersham, who played agent Ellie Bishop announced that she was officially bowing out of the series for good in the season 18 finale, which saw her character head off on a secretive undercover mission. 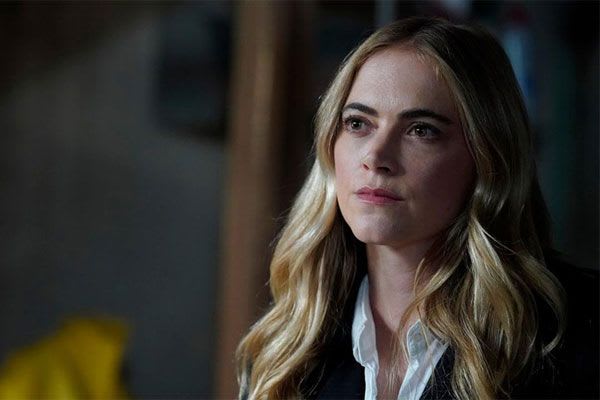 It remains unclear why exactly she has chosen to depart the series, but given the fact that the door has been left open for her return in the future, it seems that she’s leaving on good terms. It’s safe to assume that the 37-year-old actress was just ready to move on from the series and explore other opportunities after spending nearly a decade in the same role.
Mark Harmon

Mark Harmon left NCIS viewers devastated last year when it was announced that after almost two decades as the naval drama’s lead, he was taking a major step back and retiring from the team. In the fourth episode of season 19, Leroy Jehtro Gibbs decided to retire from law enforcement and spend the rest of his days in scenic Alaska, where his last case had led him. 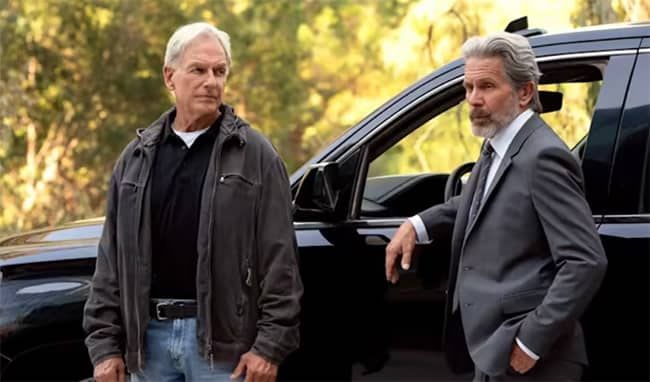 However, following Mark’s onscreen departure, showrunner Steve Binder released a statement that heavily suggested Gibbs could make a comeback in future seasons. It read in part: “Regarding the future of Gibbs, as long-time fans of the show may have noticed over the years… never count Leroy Jethro Gibbs out.”