NCIS: Los Angeles Season 14 is finally here. Here’s a rundown of which actors are expected to appear this season.
Chris O’Donnell 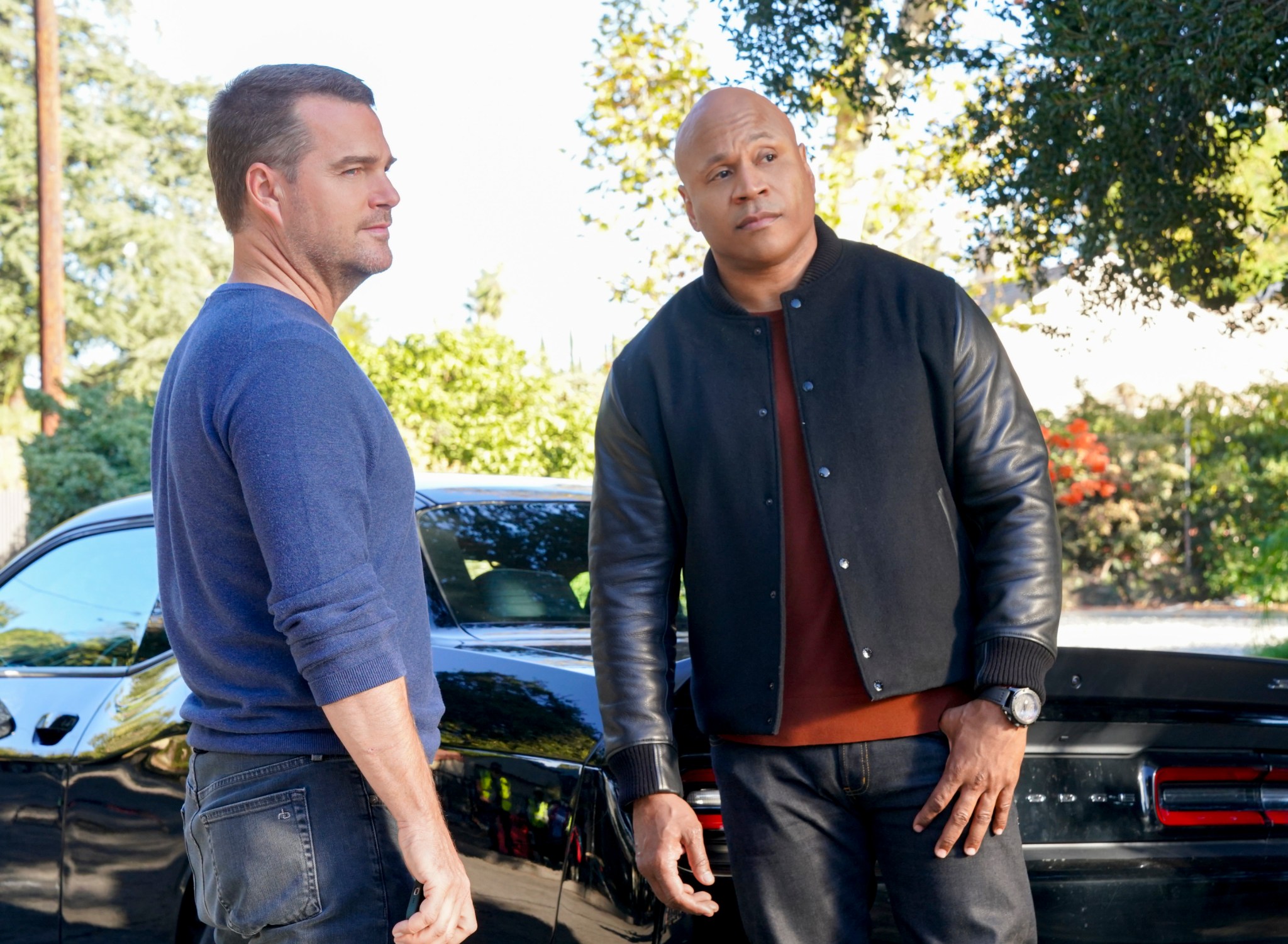 Chris O’Donnell plays G. Callen. He made his TV acting debut in a 1986 episode of Jack and Mike titled “Cry Uncle.” He played the character Evan. O’Donnell made his film debut in the 1990 movie Men Don’t Leave, in which he played Chris Macauley. The following year, he played Buddy Threadgoode in Fried Green Tomatoes.
O’Donnell is also known for appearing in School Ties, Scent of a Woman, The Three Musketeers, Circle of Friends, Batman Forever, and Batman & Robin.
LL Cool J

LL Cool J plays Sam Hanna. He made his first movie appearance in the 1985 film Krush Groove, in which he sang the song, “I Can’t Live Without My Radio.” In 1986 he appeared in the movie Wildcats. By 1991, he played Billy in the film The Hard Way, starring Michael J. Fox and James Woods.
In 1995, LL Cool J landed a starring role in the TV show In the House. He played Marion Hill until the series ended in 1999. His other acting roles include appearances in Any Given Sunday, In Too Deep, and 30 Rock.
Daniela Ruah

In 2008, Ruah appeared in her first American acting role when she starred in the short film Blind Confession. The following year, she played GiGi on the daytime drama Guiding Light.
Eric Christian Olsen

The following year, Olsen made his film debut in Pearl Harbor. In 2005, he took on a recurring role in the TV series Tru Calling. Olsen rose to fame after appearing in the 2001 film Not Just Another Teen Movie.
Linda Hunt

Hunt made her film debut in the 1980 movie Popeye. She got her big break after playing Billy Kwan in the 1982 film The Year of Living Dangerously. Hunt received an Academy Award for her portrayal. She was the first person to win an Oscar for playing a character of the opposite s**.
Gerald McRaney

Gerald McRaney plays Admiral Hollace Kilbride. One of McRaney’s early roles was in the 1969 movie Night of the Bloody Horror, in which he played Wesley Stuart.

In 1981, McRaney joined the cast of Simon & Simon. He played Rick Simon until the series ended in 1989. That year, McRaney starred in the sitcom Major Dad. He played Major John D. MacGillis for 96 episodes until the series ended in 1993. McRaney is also known for appearing in This Is Us, House of Cards, 24: Legacy, and Promised Land.
Caleb Castille

Caleb Castille plays Devin Roundtree. He made his acting debut in the 2015 film Woodlawn. In 2017, he had a recurring role on the television series In the Vault, in which he played Evan Watson. In 2019, Castille appeared in the series Wu-Tang: An American Saga. He played Darryl ‘Chino’ Hill for 10 episodes. Castille’s other television appearances include Tell Me a Story, 9-1-1, The Rookie, and The Third Act.
Medalion Rahimi

Medalion Rahimi plays Fatima Namazi. Rahimi made her acting debut in a 2011 short film titled This Never Happened, in which she plays the role of Lola. That year, she appeared in the movie Fat City, New Orleans, in which she played Miss Barnett. Rahimi made her television acting debut in 2013 in the series Boychicks. Her other acting roles include appearances in Criminal Minds, NCIS, and Jane the Virgin.