Sean Murray rarely takes to social media to share snippets from his personal life, usually delighting his followers with glimpses into his work pursuits.
While his feed is generally full of NCIS tidbits and sneak peeks, he will rarely share more personal posts, with a recent one quickly becoming a fan favorite.
Back in April, the actor shared a photograph of himself alongside his 15-year-old teenage daughter, Caitlyn “Cay” Murray.

The two stood in an elevator as Sean proudly looked at her, revealing that she was set to follow in her father’s footsteps.

And follow she did, making a cameo in the 2 May episode of NCIS alongside her famous dad, playing Teagan Fields, one of a group of teenage partygoers being investigated for a string of break-ins.

The duo got to play up their real-life bond on the screen, as Sean’s character, Timothy McGee, develops a special bond with Teagan while the investigation continues.

“I am pleased to introduce my daughter, Cay Ryan Murray, into the on-screen world of NCIS! Cay guest stars in our upcoming May 2 episode and I couldn’t be more proud =),” he captioned his photo of the pair.

Fans at the time quickly flocked to the comments section to not only praise her work, but also deem how much she looked like her dad.

“I loved that episode!!” one wrote, with another saying: “She looks just like you,” and a third also adding: “She was so great on the show. I just saw it last night. No idea she was your daughter.”

The Hocus Pocus star and his wife, former teacher Carrie James, married in 2005 and are parents to two children, daughter Cay and 12-year-old son River. 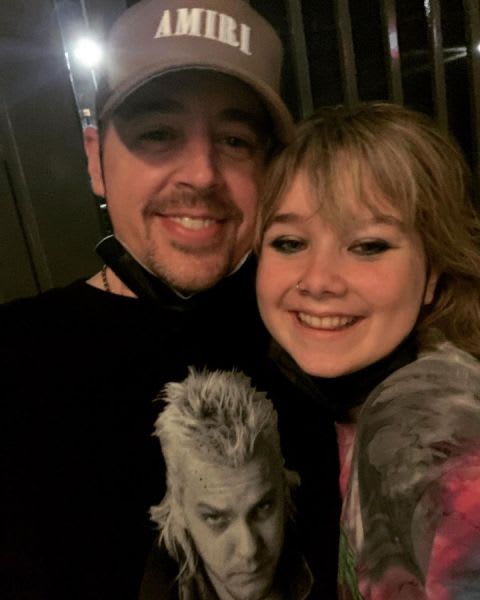 The father and daughter share a very close bond

Despite rarely sharing any photos of family, it is clear Sean loves spending time with them and is a devoted father, especially through the glimpses he has provided of fun activities he engages in with his daughter.