As NCIS fans patiently await a new episode of the series each Monday, one of the show’s most beloved stars, Brian Dietzen, couldn’t help creating a bit of a tizzy.
Ahead of the episode’s debut on Monday night, the actor shared on social media a pair of side-by-side pictures of his character Jimmy Palmer and that of Sean Murray’s Timothy McGee.
Sean looked quite happy in the photograph as he sported a football jersey and held one up as well, while Brian was definitely the opposite.

The doctor sported a look of confusion as he stood above a body that he had dissected, presumably explaining his find to one of the officers.

He said just as much with his caption: “New episode of #NCIS tonight! Jimmy finds something interesting during an autopsy, and McGee just keeps kicking [expletive].”

Brian did also take the opportunity to shout out his long-time co-star, adorably writing: “How great is @SeanHMurray btw!? (This picture makes me smile)”

Jimmy finds something interesting during an autopsy, and McGee just keeps kicking ass. How great is @SeanHMurray btw!?
(This picture makes me smile)


Brian teased an “interesting” discovery in the new episode

The official CBS social page got in on the fun, leaving a comment that read: “Please tell us that the football McGee is holding is NOT what Jimmy finds in the autopsy…”

Another fan also had the same thought, writing: “Did Jimmy find that football during the autopsy? TELL ME he found it during the autopsy! Lol.”
A third simply said: “Palmer & McGee just being themselves is Awesomesauce! You and Brian make me smile. Thanks for all your hard work!”

The new episode will continue on the strong ratings streak that the landmark 20th season of the police procedural series achieved with its season premiere the previous week. 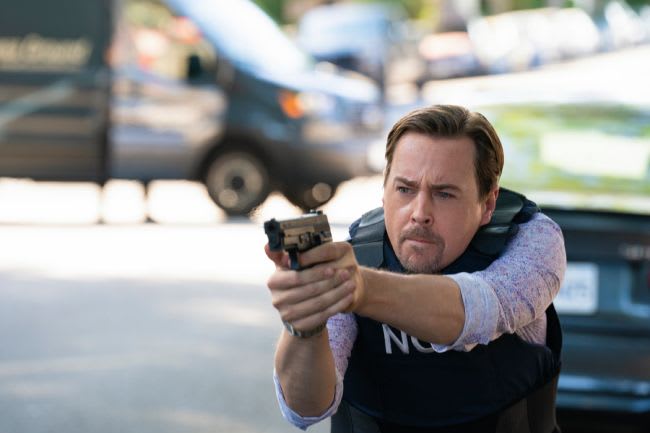 Timothy McGee will feature prominently in the upcoming episode

This second episode will revolve primarily around Sean’s character of Timothy McGee, with the official description reading: “McGee’s personal life and professional life intersect when a dad from his children’s school is linked to a break-in at a government storage bunker.”

You can catch the new NCIS episode on CBS at 9/8c.