Did you know this NCIS actor was a child star in Hocus Pocus?

We never would have recognised him from the film!

Sean Murray is a NCIS veteran, having starred in the hit show since 2003 – but did you know that he once had a major role in the beloved horror classic Hocus Pocus? While the actor plays the affable Timothy McGee in the hit navy procedural show, he found early success in 1993 in the iconic role of Thackery Binx.
In the movie, Thackery Binx is a teenager who attempts to save his younger sister from three witches, Winifred, Sarah and Mary. He is unable to rescue her and is captured himself, with the witches cursing him to live forever as a cat.
Thackery is then a cat who helps the main characters to stop the witches, who in turn reverse the spell on Thackery, freeing his soul and allowing him to reunite with his sister Emily.

Sean, who was 14 at the time of filming, previously opened up about his time on the show, telling E! News: “It’s popular. I have kids come to me and their parents grew up on it and now their kids grow up on it. It’s like a cult favourite… If they wanted me to be involved with it in some sort of way, I would probably say yes.” 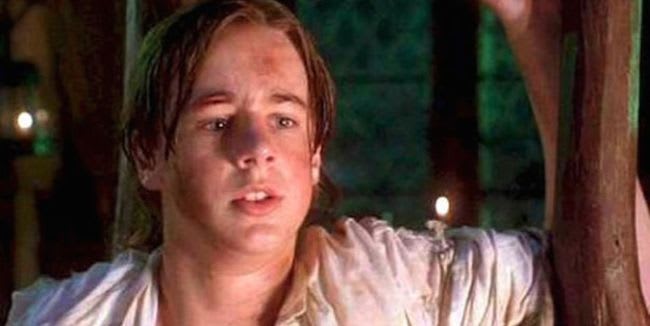 Did you know that this was Sean?!

In a 2016 interview about the film, he added: “I was 14 when I made that, and I will get kids that are 11 or 12 years old and say “Hey! You are the Binx from Hocus Pocus.”
Sean is now a dad, and his daughter, Cay Ryan Murray, actually made an appearance on NCIS as one of a group of teenage partygoers being investigated for a string of break-ins. “I am pleased to introduce my daughter, Cay Ryan Murray, into the on-screen world of NCIS! Cay guest stars in our upcoming May 2 episode and I couldn’t be more proud =),” he captioned his photo of the pair.