This could get messy+

NCIS fans have religiously been waiting for the series’ newest episode to drop on Mondays as usual, but the latest teaser definitely added more of a spark of interest.
The show shared a promo clip ahead of the episode’s release that showed three of the agents, including Katrina Law’s Jessica Knight, coming across an unexpected face.
VIDEO: NCIS new teaser leaves fans seriously worried for major character

While researching a crime scene, they find the very attractive Special Agent Gage Winchester bathing in a lake, with Jessica revealing that he used to be her ex-boyfriend.

The news definitely ignited talk of trouble for Brian Dietzen’s character, Dr. Jimmy Palmer, after the two only recently confessed their feelings for one another.

Brian shared the clip on Twitter by teasing: “Guys. Don’t miss this one!” while Katrina also did the same and wrote: “This is going to be fun and possibly very stressful.”

Fans immediately began picking up on the cues and left comments like: “I expect Jimmy to be quite perturbed when he meets Special Agent Winchester.”

Talk about a conflict of interest. 😅 Something tells us Jimmy isn’t going to appreciate this partnership. #NCIS is all-new, Monday. pic.twitter.com/HphPm8UTfO


The upcoming episode teased the return of Jessica’s ex

“Leave my ship alone,” another said, with a third adding: “I haven’t even seen it yet and I don’t like it,” and a fourth writing: “He better leave Jess and Jimmy alone…”

While Brian has been on the show since its very first season, Katrina didn’t make her first appearance till season 18, being promoted to the main cast the following installment.
Jimmy and Jessica started off their time together on the show as best friends, but eventually, sparks began to fly as they admitted their feelings for one another in the season 19 finale.

In an interview with Entertainment Tonight previously, Brian spoke of his experience working with Katrina, saying: “Ever since Katrina joined the show, we’ve really enjoyed having scenes together. 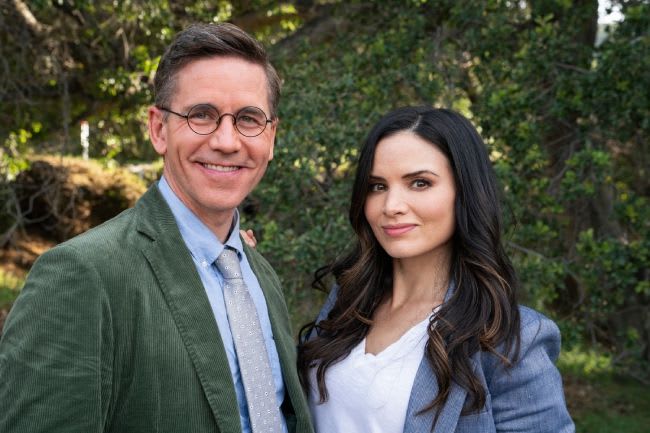 Brian and Katrina have been praised for their chemistry

“Whether it’s the evidence findings [or] coming down to autopsy. We’ve always found some way to enjoy the scene. And they’ve given us some great scenes together too.”