Are you enjoying season 20?
NCIS has teased an upcoming storyline which may see agent Timothy McGee become the Director of NCIS – and some fans are wondering where this may leave Leon Vance.
Monday night’s episode saw McGee, played by Sean Murray, temporarily step into Vance’s [Rocky Carroll] role as he headed overseas for a conference.
While McGee didn’t warm to his new position at first, he soon realised that he enjoyed the responsibility.

Taking to Twitter, the show shared a GIF of McGee saying: “I’m actually pretty good at it,” alongside the caption which read: “Director McGee could have a nice ring to it someday. #NCIS.”

Fans were quick to comment on the potential storyline, with one person writing: “Thinking that it will be Director McGee for the series finale,” while another added: “Would be a nice conclusion to series, are you hinting CBS.”
A third commented: “Is this a foretelling? Love McGee!” while another added: “You guys are setting us up, aren’t you?” 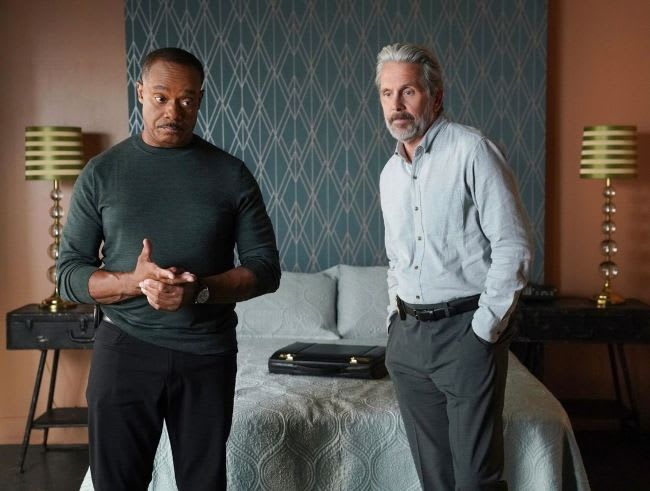 Rocky Carroll and Gary Cole as Vance and Parker

However, some fans were left wondering whether McGee’s promotion would mean retirement for Vance.

One person tweeted: “Do you think director Vance is leaving?” while another added: “McGee!!! The director’s chair looks good on you but I do love Vance!!”

A third commented: “Really enjoyed tonight’s episode. If Director Vance gets promoted or decides to retire, McGee will make a great director. Thank you to all the cast and crew,” while another suggested that Vance may ride off into the sunset with his new love interest, Lena Paulsen, leaving McGee to take over: “Well, McGee you just might get your chance if Vance wants a happily ever after with Lena.”

The potential storyline comes after fans were left divided over the romance between Dr. Jimmy Palmer and Jessica Knight. 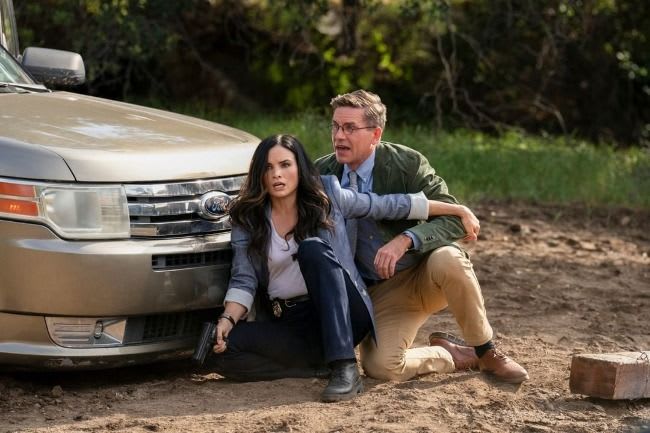 Fans were divided over the romance between Dr. Jimmy and Jessica

The two characters, played by Brian Dietzen and Katrina Law, first confessed their feelings for one another at the end of season 19. At the end of last week’s episode, they shared a loving kiss, sparking a major reaction from fans.

One fan complained, writing: “Why do shows always have to devolve into romance between main characters? Don’t we have enough soaps on TV for the viewers that want that?” while a second wasn’t convinced by the romance, adding: “I love each of their characters but they’re not believable to me as a couple, at least not yet.”

The majority of fans seem to be enjoying the romantic storyline, however, with many praising the “phenomenal” chemistry between the “cute” couple.