Pauley Perrette was a fan favorite on NCIS playing Abby Sciuto from 2003 to 2018.

The actress was a core part of the series and fans were left devastated when she left. In a recent interview, her former co-star Brian Dietzen opened up about the possibility of her returning after being asked about the swirling rumors that she would return in some capacity – which were fuelled further after he shared a photo with her on Twitter.

Talking to Looper, he replied: “No, I have not heard that. I talked to her over the weekend, and I’ve not heard anything from her.

“I do know that in this new script I was just reading, there’s mention of her character — not necessarily her, or anything like that. But that’s the beautiful thing about the show. We can make mention of past characters that are no longer on the show and reference those people as you would a family member who no longer lives in the same house.

“You still talk about people. They’re still in your heart. I love that there’s a potential for that, but I haven’t heard anything directly about her returning.” 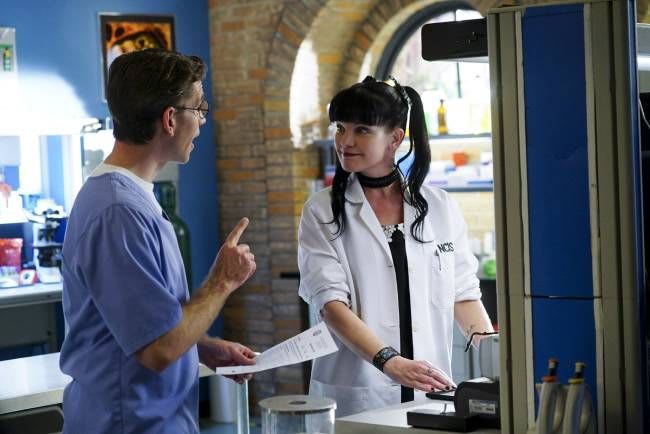 Pauley herself has spoken out on a potential comeback to the program, revealing that she had no plans to.

MORE: Mark Harmon disagrees with wife as he makes unexpected comment about marriage

Following her departure, Pauley chose not to look for television work elsewhere but did return to screens to star in the NBC sitcom Broke, where she played the lead role. However, the show was cancelled after just one season, and in 2020, the actress announced that she had officially retired from acting.

The beloved actress has been through a lot in the past few years and recently took to Twitter to share some upsetting news with fans. In a lengthy post, she revealed that she had suffered a stroke last year, among other traumatic incidents.

It read: “It’s 9/2. One year ago I had a massive stoke. Before that I lost so many beloved family and friends, and daddy and then Cousin Wayne. Yet still a survivor after this traumatic life I’ve been given so far… And still so grateful, still so full of faith, and STILL HERE!”

The actress shared footage of herself alongside the post, where she said: “Oh my God, it’s September 2nd, it’s the one-year anniversary since I had a stroke and I’m still here.”

She continued: “Yes, I’m still here again, like how many times do I cheat death?” The star went on to explain how she “almost died from a hair dye allergy” and was the victim of an assault too. Fans were quick to send their support to the actress after hearing her upsetting update.