NCIS: Los Angeles original cast member Daniela Ruah stepped behind the camera yet again to direct this Sunday’s episode, which is titled “Flesh & Blood” and airs at 10:30/9:30c on CBS.
In Ruah’s latest directorial effort, the NCIS team is called on to investigate when a woman is seen fleeing the scene of her husband’s murder. Elsewhere, Roberta Deeks returns to town to meet Marty and Kensi’s daughter Rosa, while Callen shares with Anna his most honest feelings about their pending nuptials.

TVLine spoke with Ruah about the special subject matter touched on in this episode, Kensi and Deeks’ recent disappearing act, next year’s three-way NCIS crossover and more.
TVLINE | This is, what, your time fifth or sixth time directing…?
This would be No. 5, but No. 6 is coming up this season, too. Episode 14. 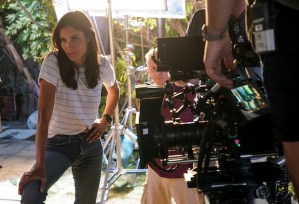 TVLINE | What challenge did this episode present to you as a director?
What challenges me the most to this day, and I’m being very transparent, are probably the stunt sequences, because the logistics entail being very specific and very careful, especially when you have explosions, or people falling, or people getting shot at. It’s very important to be exceptionally well-prepared for those days and ready for any changes, like, “Oh, we scouted the location, but now that we’re here, wouldn’t it be cool to do this other thing.” Our stunt coordinator, Troy Brown, and our head of special effects, Donnie Frazee and his son [Terry], are so insanely good at their job. When you propose something when you’re prepping, like, “The guy throws the bag and shoots it, and it blows up in the air!,” he will build this entire contraption where he thinks of everything. He’s got this amazing workshop, and he’ll send you different versions of things to show you what would be the most effective. And then our stunt doubles, as well, just make us all look good.

TVLINE | Is there any distinct tone in this episode that maybe you haven’t gotten to explore before?
I don’t know if it’s a tone thing as much as an actual subject matter. We dealt with the subject of domestic violence this episode. Our [person of interest] — played by Marnee Carpenter (Clarice), who is an exceptional actress — is a victim of domestic violence on the part of her husband who’s in the military, which is why we end up getting involved. because he shows up dead. That allows Deeks (Eric Christian Olsen) to connect with her through his own experience of domestic violence. His father was abusive to him and his mother, which then brings in Pamela Reed (as Roberta), who is always a wonderful addition to our show. Between [Eric and Pamela], there’s this beautiful balance of telling a tragic story, but then they’re able to sort of transfer into having a sense of humor. We also bring up parenting [in a scene] between Mama Deeks and Kensi, and we see her influence on that. 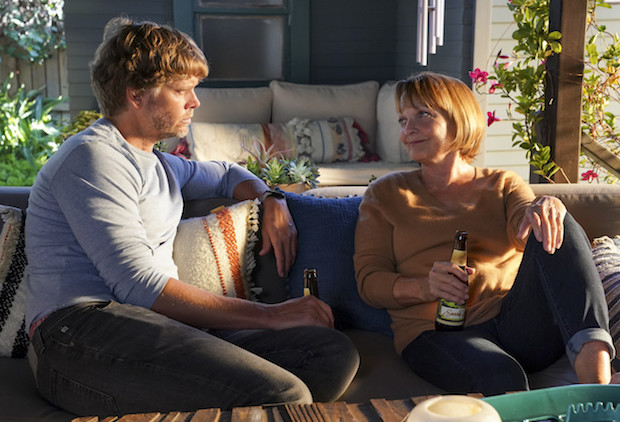 Chad Mazero wrote the episode, and there is such a high level of emotional intelligence that he’s really able to incorporate into his scripts. So, we have an emotional journey this episode, and we also go really big with the action.

TVLINE | Yeah, the scenes between Eric and the guest star, and then Eric and Pamela, are fantastic.
They’re amazing. Especially the ending scene where he’s like, “How did you handle it?” and Roberta makes a joke, but then he really wants to know….

TVLINE | What developments on the Callen/Anna wedding front can you preview?
So, Anna (Bar Paly) keeps trying to set a date for their wedding, and Callen (Chris O’Donnell) seems to be avoiding it at all costs. At first, as an audience, we’re with her, like, “What’s going on?” And then he finally reveals what the real issue is, which is Hetty’s not there and he’s still very attached to her. Callen is a skilled, intelligent, independent agent who’s gone rogue multiple times, but there’s just something about Hetty that keeps that umbilical cord tied, and the fact that she has disappeared makes it very difficult for him to live with not knowing everything about himself. 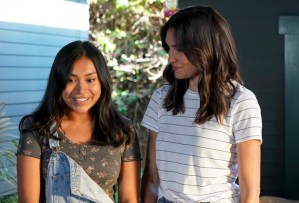 TVLINE | Beyond this week’s episode, what parenting challenges await Deeks and Kensi?
I don’t know what is in the writers’ minds in terms of that, but what I can say that I’d like to see is Kensi settling in a bit and being a little less nervous about, “Is everything OK? Am I doing enough?” As a parent myself, I definitely go through that. I had phases where, as Mama Deeks put it in the best way, “Are you worried every day you’re not doing enough, but then you wake up exhausted every day because you’re doing so much?”
TVLINE | That was a great line.
It’s a great line, obviously written by a parent. Chad has two little kids, and that’s exactly how it is. I can attest to that. So, it’s about finding the balance and also just understanding that Rosa (Promised Land‘s Natalia Del Riego) is a teenager who has a level of independence. She can be herself. She can communicate if something isn’t right. When you raise a child from birth, you get to know everything about them, their likes or dislikes, the milestone experiences that define who they are, but when you have a teenager in your life that you didn’t get to know from childbirth, it becomes more difficult, because that’s a full-fledged formed human being. So I’d like to see Kensi settle into parenting and be less nervous about stepping on eggshells, which is not even something that Rosa is demanding of her, right? Rosa is just grateful to be there and loves Kensi and Deeks.

TVLINE | I have a reader asking, “Where were Kensi and Deeks last episode?” Is the show no longer throwing us a line of dialogue to account for a character’s absence?
That’s a showrunner question and a writers question. What the audience probably doesn’t know is that every one of us [on the cast] is out of four episodes a season now. That is just a structural, logistical thing that our show is doing now. So, sometimes in the beginning, it’s like, “Oh, they had to take Rosa somewhere” as a justification, but that’s essentially why there are going to be episodes where some characters are just simply not there.
TVLINE | OK….
Evidently I cannot talk too much about the crossover, who’s going where, but yes, I believe we’re all in those episodes. Those crossovers are not episodes in which somebody [from the NCIS: LA cast] is out. You know how we were just talking about how we’re each out for four episodes a season? Those crossovers will not be one of those for anyone.