NCIS: LA fans were more than thrilled to see the return of some of their favorite characters during Sunday evening’s episode of the crime drama.
The fifth installment of season 14, titled Flesh & Blood, saw Pamela Reed make a comeback as Marty Deek’s mother, Roberta, and viewers had plenty to say about it.
Taking to social media, fans of the long-running CBS program expressed how much they loved Roberta, known affectionately as Mama Deeks, meeting Marty and Kensi Blye’s foster daughter, Rosa Reyes.

One person wrote: “AHHHHH MAMA DEEKS IS BACK AND SHE’S FINALLY GOING TO MEET ROSA #NCISLA #Densi.” A second commented: “I cannot wait to see Mama Deeks return and see Kensi & Deeks with Mama D as they introduce Rosa to her!” 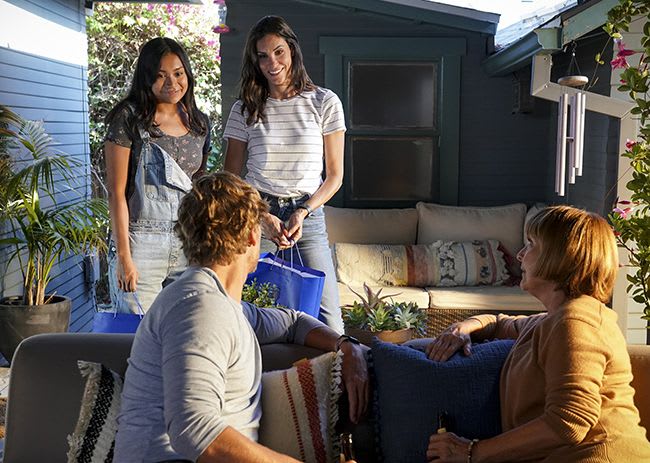 Mama Deeks made an appearance on Sunday night

A third was equally thrilled by the moment, tweeting: “Kensi and Mama Deeks…..this is gonna be awesome! #Densi #NCISLA,” while a fourth added: “I have SO missed Mama Deeks! Her interactions with both Kensi and Deeks have always been hilarious and emotional. #NCISLA #Densi.”

The synopsis for the episode reads: “NCIS is called to investigate when a woman is seen fleeing the scene of her husband’s m****r; Roberta Deeks comes into town to meet Rosa; Sam looks for another aide for his father.”

Fans were no doubt doubly thrilled by Mama Deek’s appearance after fans expressed their upset last week over the lack of ‘Densi’ content during episode four. 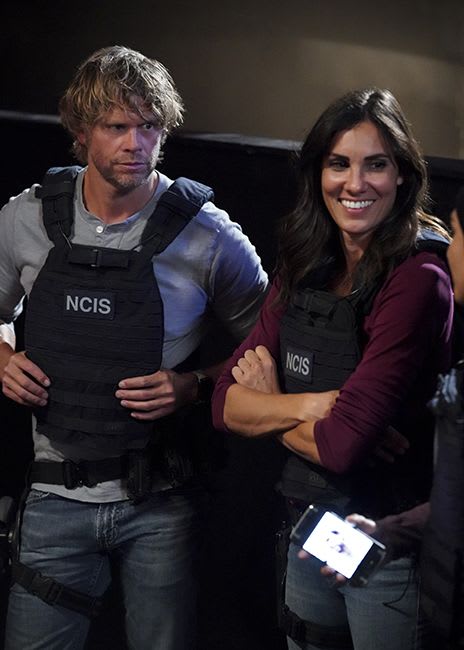 Kensi and Deeks are affectionately known as ‘Densi’

Kensi Blye and Marty Deeks, an on-screen couple played by Daniela Ruah and Eric Christian Olsen respectively, were noticeably missing from episode four of season 14 titled, D***d Stick, despite being central characters. Instead, episode four saw the rest of the NCIS team investigate a plane crash.

One person reacted at the time by stating: “Good ep of NCIS: LA tonight (I liked the story with the three Hanna men) although I really missed having Deeks and Kensi around tonight. Hope they’re featured a lot next week to make up for this week! #NCISLA #Densi.”